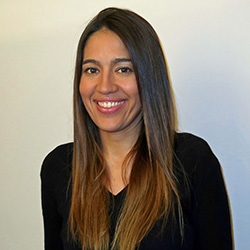 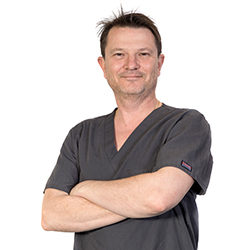 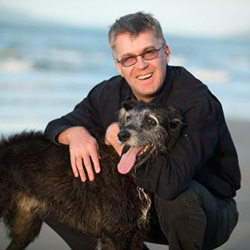 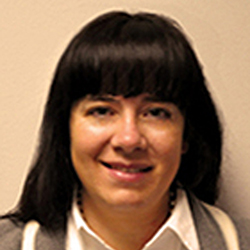 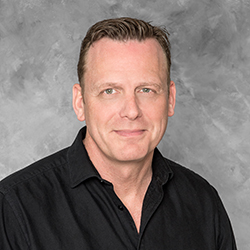 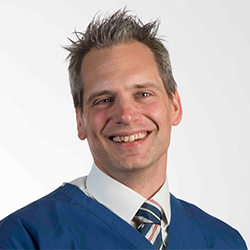 All lectures will be recorded. If you are unable to attend the live lectures,
a link to the recordings will be shared with you a few days following each lecture.

What is New in Feline Epilepsy?

Topic Description: Epileptic seizures in cats can represent a real challenge in their recognition. While dogs frequently suffer from generalised tonico-clonic seizures, cats experience more frequently partial seizures which can be difficult for the owner to recognise as such as being epileptic seizures. Among those type of challenging partial seizures, cats can suffer from complex partial seizures with orofacial manifestation associated with limbic encephalitis, a condition also seen in human mostly as a paraneoplastic encephalitis. Another peculiarity of feline seizures is the recently described feline auditory reflex seizures (FARS) in older cats having myoclonic and/or generalised seizures as a result of a specific sound. This webinar will give you a video tour of different types of seizures in cats as well as highlight differences in commonly encountered underlying causes as well as recommendations and particularities of anti-epileptic drugs used in feline epilepsy.

Topic Description: When our younger patients are affected by diseases of the nervous system, we can be challenged not only by the examination of the cat or dog but also what treatment options exist for us. Inherited, congenital and familial diseases are obviously important considerations but inflammatory diseases, toxicities and traumas should also be considered. In this session, we will focus on the most common issues that we may face in practice and touch on some of the less frequent conditions. Expect to hear about the recognition and management of Chiari-like malformation and syringomyelia, hydrocephalus, juvenile epilepsy, AA subluxation and metabolic encephalopathies.

Focus on Neuro-Ophthalmology: from Blindness to Anisocoria

Topic Description: Neuro-ophthalmologic disorders can arise from dysfunction of any part of the neuro-ophthalmologic tracts. The clinical signs may be decreased vision, blindness, abnormal pupillary light reflex, anisocoria, abnormal eye movements and strabismus alone or in association with multifocal neurological/systemic signs, depending on the distribution and type of lesion. A firm understanding about the neuroanatomy of the neuro-ophthalmologic pathways is essential to perform a correct neuroanatomic diagnosis. Based on the information obtained from signalment, a detailed history (including disease onset and progression), and physical, ophthalmic and neurological examination, the clinician can formulate a list of differential aetiologic diagnoses and subsequently select and interpret diagnostic investigations. The aetiologic diagnosis enables the initiation of specific treatment and predicting prognosis. Advances in diagnostic imaging have expanded the knowledge of neuro-ophthalmologic conditions. Prompt diagnosis and correct treatment can result in vision recovery in some disorders.

Imaging Strategy for the Spinal Patient

Topic Description: Patients presenting with clinical signs that localize to the cervical, thoracic or lumbosacral spine are challenging because the majority of disease involves the soft tissues within the osseous vertebrae. An additional challenge in the small size of the canine and feline spinal cord and nerves. Clinicians have various option, but most commonly radiography, computed tomography (CT) and magnetic resonance imaging (MRI) are used. The benefits and limitations of each of these modalities will be discussed with case examples that have been evaluated with multiple modalities. The cost-benefit of each modality will also be discussed so an understanding of both clinical and economical decisions is gained, as the latter can impact both the owner and clinician managing these cases. Commonly encountered spinal diseases in canine and feline patients will be reviewed in light of diagnostic imaging results and clinical outcomes.

Video Tour of Tremor and Myoclonus

Topic Description: Tremor is an involuntary, rhythmic, oscillatory movement of a body part. It is the most common movement disorder encountered in the human field yet there is no diagnostic standard to distinguish among common types of tremor, which can make the evaluation challenging. Tremors can be divided into resting tremors and action-related (also known as kinetic) tremors. Resting tremor is present only during rest. The most common example in humans is Parkinson’s disease secondary to degeneration of the substantia nigra. The condition has not been recognised in domestic animals. Action-related tremor occurs following initiation of voluntary movement and worsens with increasing levels of activity while it disappears with rest. Action-related tremor can be classified in veterinary patient as postural or kinetic. Myoclonic movements are sudden, brief, shock-like involuntary movements. Myoclonic muscle contractions are mostly accompanied by some movement of the affected body segment, in contrast to, for example, fasciculations or myokymia, where the twitches remain within the affected body segment and movement is not observed. In veterinary medicine, they can be classified as epileptic or non-epileptic myoclonus. This presentation will provide you with a video tour of all these different types of tremor and myoclonus seen in veterinary medicine.

Topic Description: Metabolic encephalopathies may result from a wide range of medical and surgical conditions, including hepatic encephalopathy, kidney failure, electrolyte disorders, endocrine disorders, toxins, and nutritional disorders, among others. This presentation will review the most common presentations, how to obtain a working diagnosis, and how to select appropriate treatments for the patient – including not only correction of the underlying disorder, but the management of secondary brain injury, that can result from the encephalopathy.

Nutrition: A New Therapeutic Tool for Some Neurological Diseases

Topic Description: Have you ever eaten something which made you feel different? And vice versa have you ever been stressed or felt anxious and realised that this did effect your gut function and your appetite on certain type of food? The brain-gut or gut-brain axis describes a bidirectional communication system between the gastrointestinal (GI) tract, the enteric and the central nervous system (CNS). Both systems are connected via the vagal nerve, but also communicate via the substances released into the blood stream. In recent years the microbiota has been shown to be one of the main players which can influence the gut-brain axis, which can be influenced by diet. Metabolites reported to be produced by gut microbiota who cannot only have an effect locally but also in the brain are bile acids metabolites, specific fatty acids, tryptophan pre-cursors and metabolites, serotonin, catecholamines and GABA. Serotonin and GABA are interesting molecules for neurologists which have been associated with effects on the GI tract (Gastric, pancreatic and intestinal secretion, GI motility and tone), Behaviour (visceral pain, emotion, stress response, appetite, addiction, sexuality) and CNS (Motor control, circadian rhythm, cerebellar regulation, body temperature, vascular tone). We will describe in this talk how diets and the interplay of the gut-brain axis can play a role and therefore provide a therapeutic target for conditions such as epilepsy, canine cognitive dysfunction, behaviour changes and canine epileptoid cramping syndrome.

Spinal Trauma – Where Should I Start?

Topic Description: Trauma to the spinal cord can result from accidents which damage the vertebral column. The results of traumatic spinal cord injury can be devastating and our first challenge is to evaluate the patient efficiently and effectively in order to determine the lesion localization and prognosis. Imaging of the patient will be essential in some form to understand the structural aspects of the injury and we will cover the pros and cons of the imaging modalities available to us. We will focus on how to make medical and surgical decisions in our traumatized patients, what these are and how effective they are in returning the dog or cat back to normal function.

How can I join the Neurology Symposium 2019?

REGULAR PRICE!
Special Price!
AUD 99
AUD 99
Sign up before October 7 to get an early bird 10% discount on the regular price.
Save your Seat!

Are you a Vet Education Member?
Please note: All the prices mentioned are in AUD. Convert to your local currency by clicking here.

What past participants say...

Thanks so much for the conference these past couple of weeks; it was so much fun and the lectures were fantastic. Bring on the next one! It as after experiencing the nurses' conference last year that I decided to become a webinar member and I'm glad I did! There is something to be said for curling up in one's own home with a cup of tea and a cat while learning and feeling like I'm with friends even though I've never met most of the other participants. I attent a lot of webinars from other places which are also excellent but non of them have Philip's cheery welcome 🙂 For my next conference I have to travel a little further (Washington DC for IVECCS) so sadly the cat will have to stay behind!
Candice

That was a fantastic conference. The speakers were knowledgeable and engaging and all the topics were clinically relevant. I have already used some of the information (surgical and ongoing fluids in an intersusseption puppy - so 2 lectures in 1!) plus a hemorrhaging bitch ( I had no idea tranexamic accid was available as a tablet.) It is so good to be able to use the information immediately in the cases that walk through the door (the pup literally came in the morning after the abdo lecture and Angela will be glad to know I did take left and right laterals!). Thank you so much for all your efforts in organising this conference and all the other webinars throughout the year. I still maintain Veteducation is the best value and quality CPD available.
Sam

I want to commend you at Vet Education for your excellent training Webinars. They are the most easily accessible I've seen. Philip is an incredible communicator and clinician. I enjoyed not only great clinical training he provides, but also the passion and humility with which he presents it. I am very grateful for the service you provide, making it possible to come up to speed in areas where I need to amidst a busy family life and balancing the demands of the mixed practice.
Nigel